The week before last, I got to meet Brooke and Ben McAlary in person since they visited Woodland Hills on Brooke’s book tour.

I’ve been listening to them for two years or so about how to do “slow living in a fast-paced world.” They pointed me to the Guardian article which caused me to cut way down on my social media consumption. They pointed me to the book “The Art of Frugal Hedonism.” They’ve been a voice of reason in a sea of voices which I feel are nowadays either complaining, giving me a you-should list or selling me something. They talk about the benefits of spending time in nature. Doing only one thing at a time. Putting your phone away when you’re talking to someone. Decluttering- but in a reasonable, non-perfectionist way. They’ve helped me tremendously in my efforts to reduce my anxiety and simplify my life.

Brooke and Ben host the Slow Home podcast which I highly recommend and Brooke’s new book is Slow which I will be picking up very soon.

When we first moved into this apartment nine years ago, we immediately bought a hummingbird feeder because we had a balcony! We never saw any hummingbirds… The red nectar dried up and the whole thing got gross so I threw it out. I figured hummingbirds didn’t like our balcony because it had no flowers (couldn’t possibly be because the thing was never changed or cleaned right?). During this past school year when I had to leave before 7am, I saw several hummingbirds drinking from feeders on balconies which overlooked the parking lot and had no plants. I decided to try again- although it took me some time… when they restuccoed the building, they took down the hook we had used for the previous one. I had to get a chain cut at OSH and rig it up to a pool noodle to get it up to a nail on our very high rafters. My husband ended up doing the honors.

So- it was up for 3 days with no takers. Then our son woke us up yesterday morning by saying “I see hummingbirds!” and indeed he did. They visited all day! I didn’t want to scare them away so my pictures are taken from far away- but they were so adorable!!! Here’s my best shot: 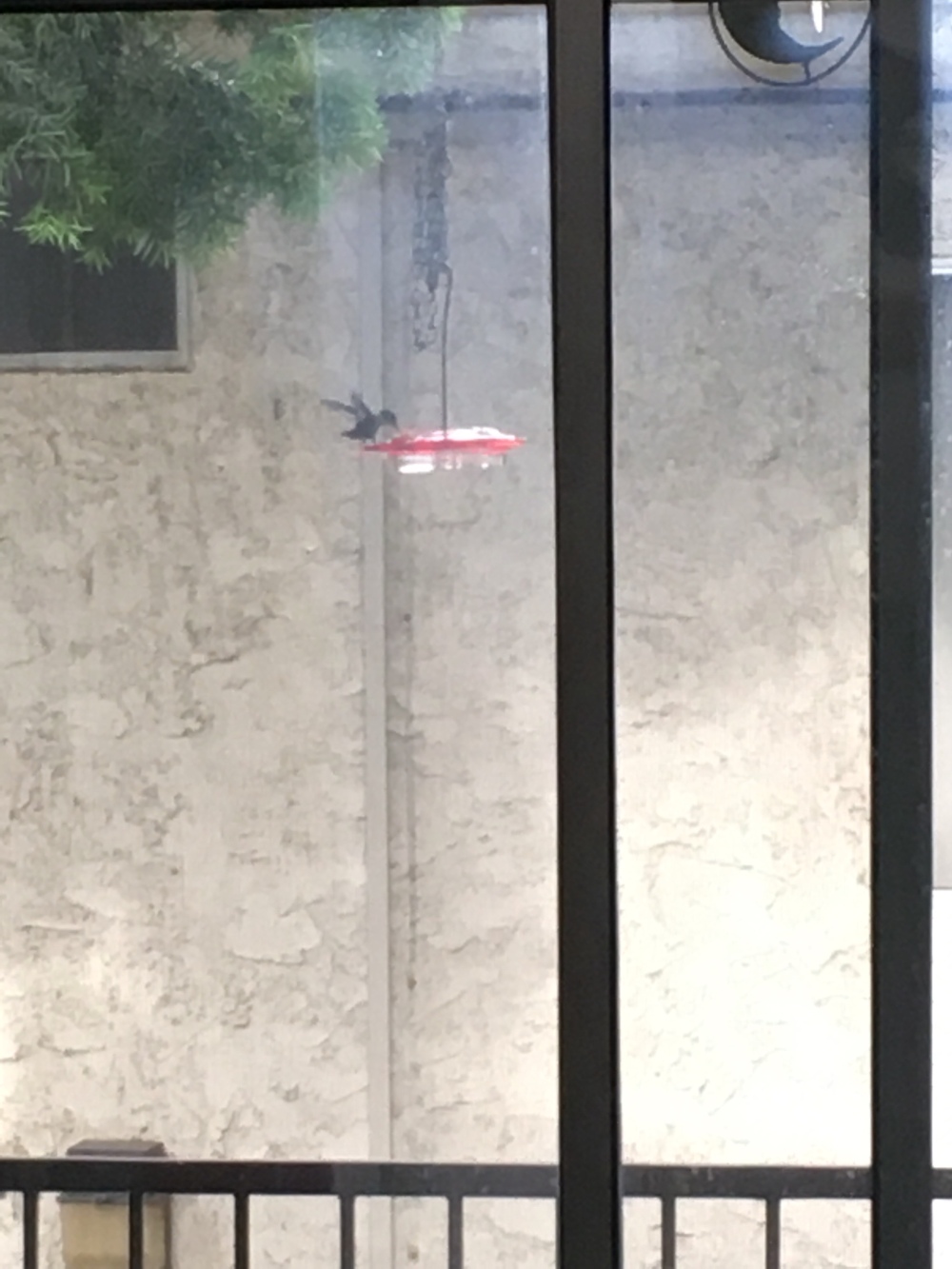 I went with the squashed tray model (that’s my name for it- can you tell?) because that’s what they have at the garden part of the Natural History Museum and those are swarming with hummingbirds. I might get another one because they’re already fighting over this one. I opted to make my own nectar which everyone should do- it’s 4 parts water and one part sugar. I keep the leftovers in a mason jar in the fridge. Finally- a use for a mason jar that’s not Pinterest salad!

So while walking to the laundry- we saw one of these crawling up the building:

That is a friggin tarantula hawk wasp! It was gigantic. I’m angry I didn’t have my phone with me… but I googled it frantically when I got back to the apartment. These things paralyze tarantulas and drag them into their nests, lay eggs in them and let their babies eat it alive. Their sting is only rivaled by the bullet ant- so named because their sting feels like… a bullet. Holy crap!!!

This lentil soup recipe from Martha Stewart is my favorite ever.

I’ve made it so many times, I almost have it memorized. Any time I buy bacon for another recipe, I automatically buy tomato paste and a bag of lentils just so I can have it on hand. Double the recipe (a 1 pound bag of green lentils is 3 cups which is exactly double this recipe so you got it anyway) because the leftovers are divine. Freeze in individual portions for lunches (or “really good lunch day lunches” as I call them when I bring this in) or bring it to a new mom. It is so comforting and nourishing and delicious!!!! I mean- things gotta be good when you cook the vegetables in bacon grease. It’s really good with some warm bread but good on its own too.

Seriously though- how do adults know when to change a car battery? Because the way I know is when my car dies and I cross my fingers that it’s “just the battery” for the 30 min it takes AAA to get there. Here’s what the battery looked like when AAA pulled it out of my husband’s car in the Target parking lot: 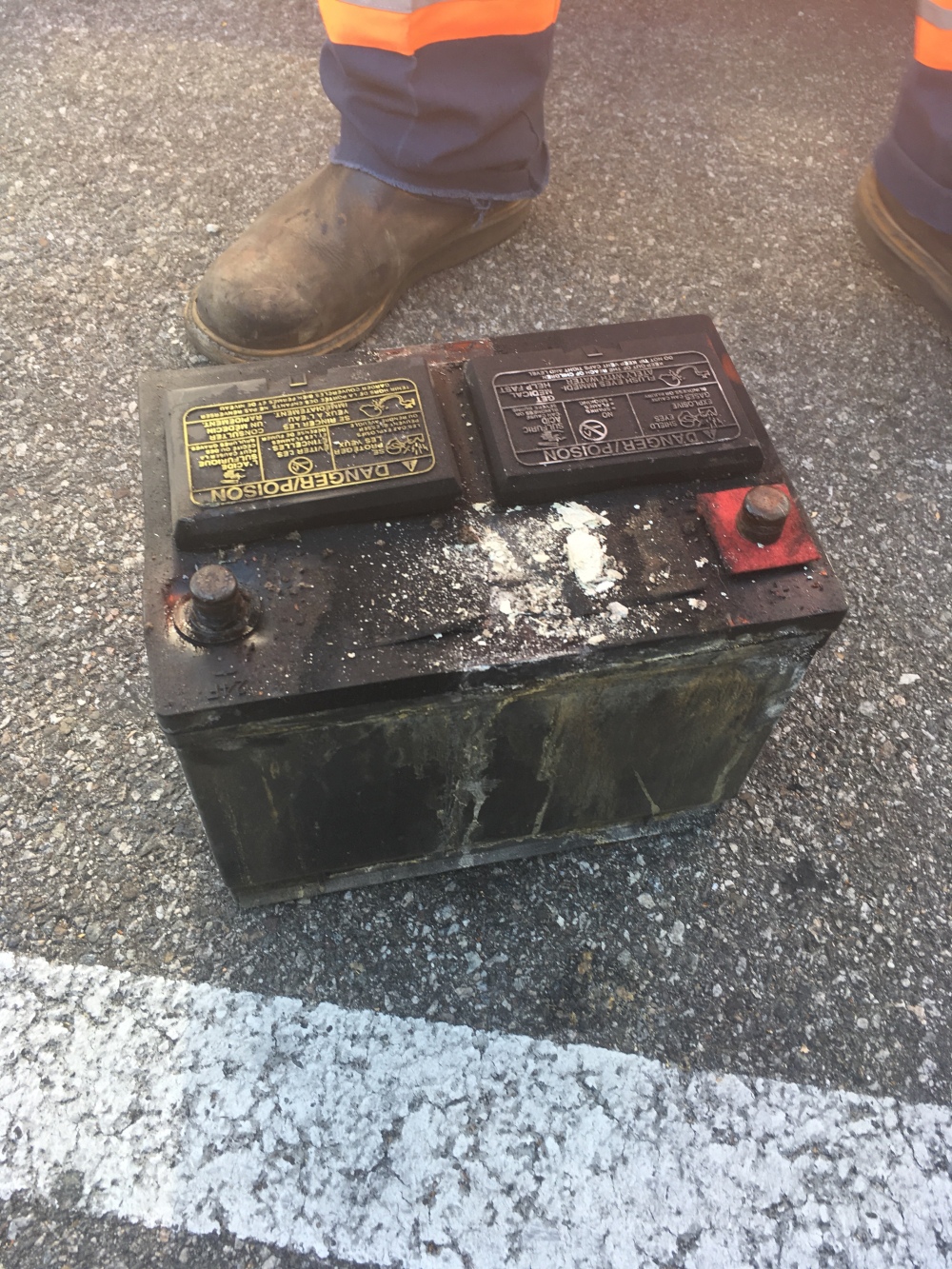 I was happy to get out of Target spending less than $100 (remember how we all sang about how it all costs fifty bucks? One hundred bucks is the new fifty bucks.) Oh well…

To get to the log they found Laura next to, you have to park at the Kiana Lodge parking lot and ignore some signs which say no trespassing. I very promise that we did go find somebody and ask if we could take some pictures. It was a guy digging moss out from between paving stones on a patio so? He probably worked there. I mean… who would do that just for fun? That guy said it was totally cool.

Kiana Lodge is a venue type thing you can rent out for weddings, conferences or to shoot iconic scenes for the best TV series in history.

So anyways- back to the log. It was smaller than I was expecting (penis joke deleted).

Here’s me like I was Laura Palmer wrapped in plastic taking a selfie- only me and wrapped in an old hoodie and jeans that always fall down:

And here’s what Laura might have seen if she was able to see even though she was dead and probably couldn’t see: 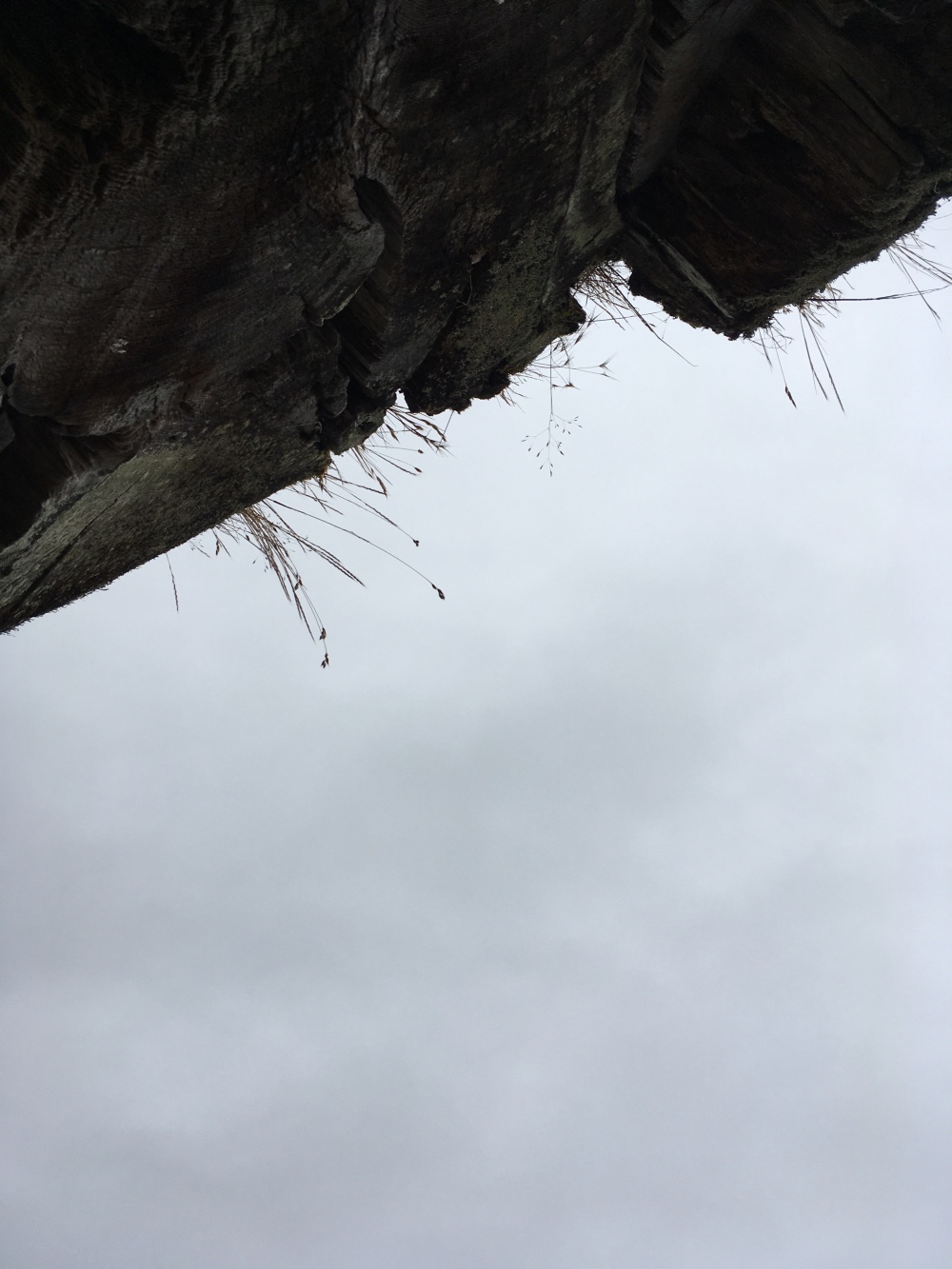 Guess what? The Kiana Lodge was also used as interior shots for the Great Northern! 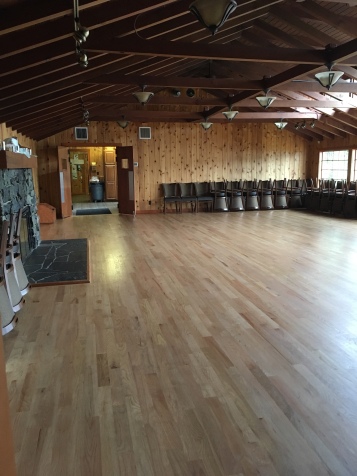 Are we hardcore fans now? I think so! I have started a blog with a title in which is a nod to a famous Twin Peaks character and have supplied 3 blog posts with proof that I went to these places and included some insider references! Yep! Did it!

The Palmer house is in Everett, WA and we were lucky enough to be welcomed in by the owner (and cast member of season 3), Mary Reber. We had a 4-year-old with us who doesn’t really pick up on Lynch’s subtle messages and dark whimsy- so I had to wrangle him outside while my husband and Mary discussed the meaning of the last episode in the kitchen where Sarah Palmer freaked us out for the first time with that phone call. It gave me a chance to take some #palmerhouseselfies

I also met this dude in Laura’s bedroom: 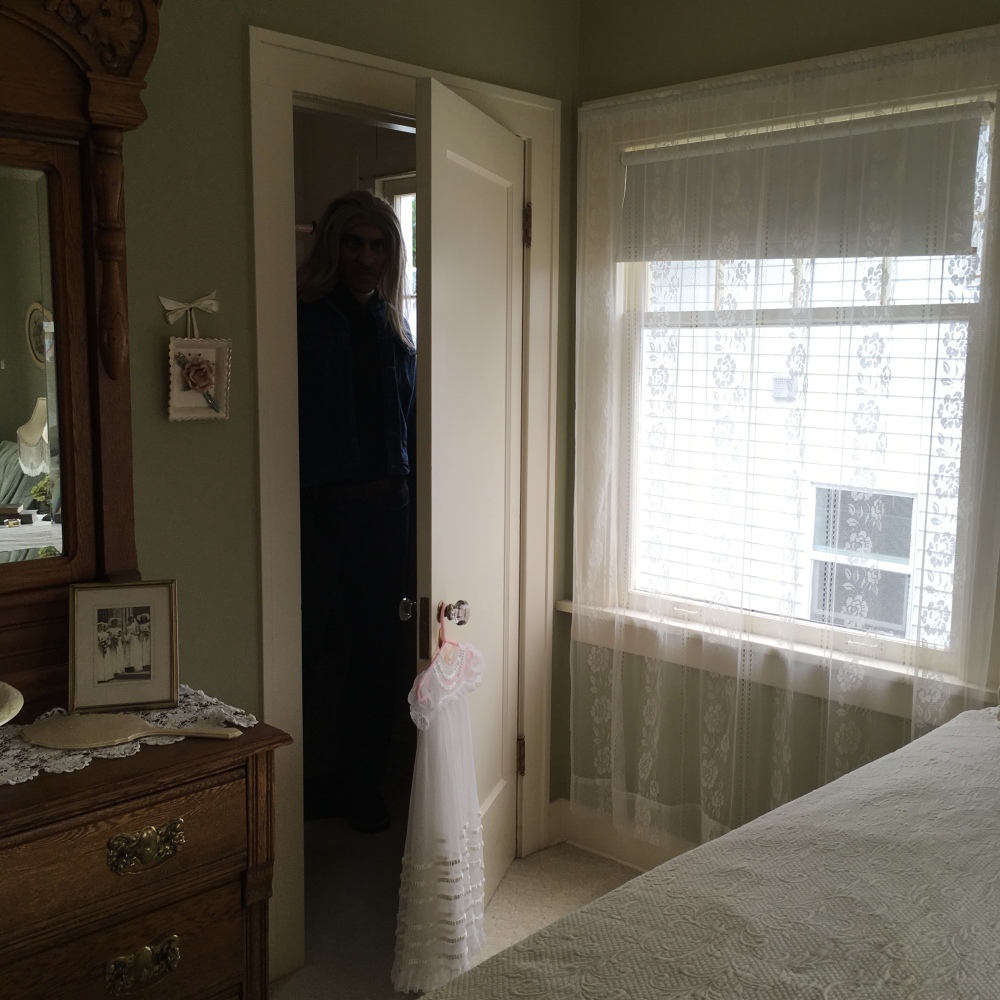 He didn’t show up for me downstairs though: 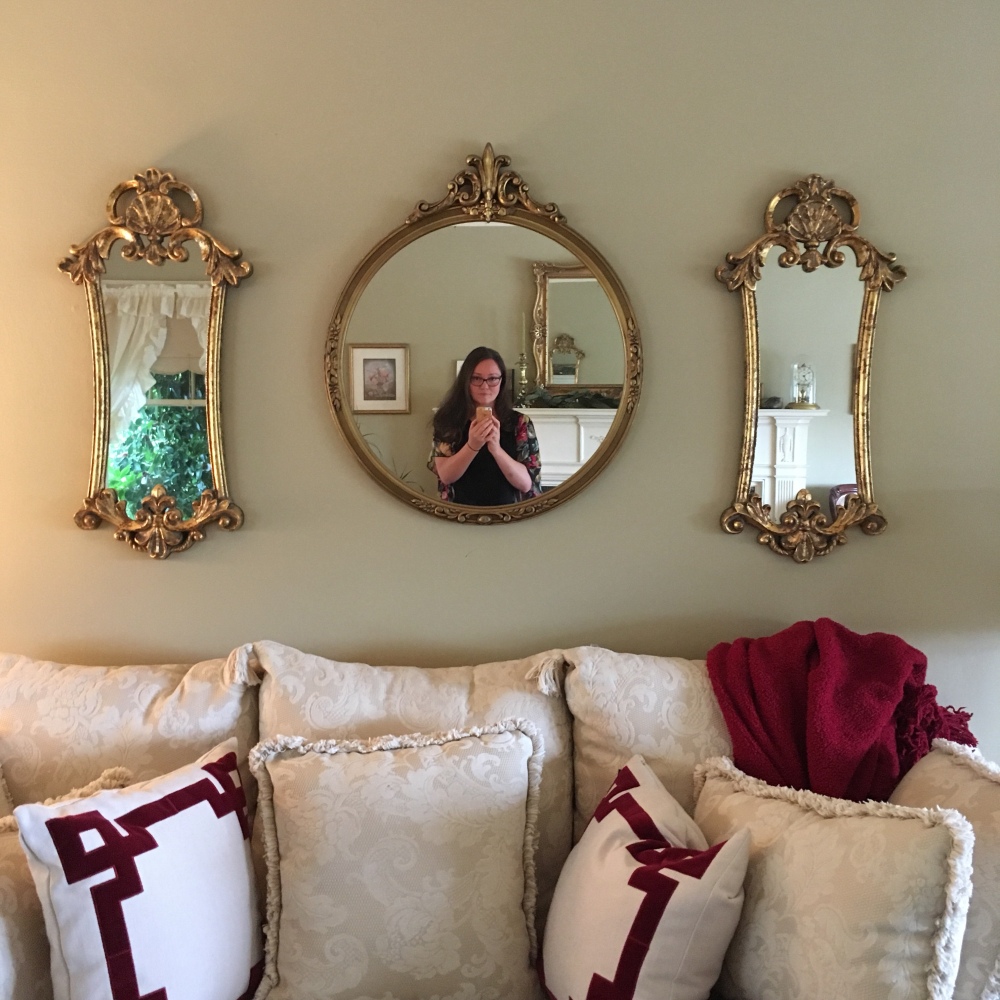 (Which he did for Sarah… but you know that, right? )

Did I say “spoiler alert” at the beginning of this post? I’ll say it now: spoiler alert! If you haven’t watched Twin Peaks just don’t read the Twin Peaks posts, okay? And what are you doing? Go friggin’ do yourself a favor and watch some incredible filmmaking that was once on prime time television.

So I went on a road trip with my husband and son to see the “real” Twin Peaks. The air smelled like waterfalls and Douglas firs.

Our first stop was the Double R which, in real life, is Twede’s Cafe. Look at those beautiful foggy noon-time mountains in the background. They sell real cherry pie and damn fine coffee. Here was mine: 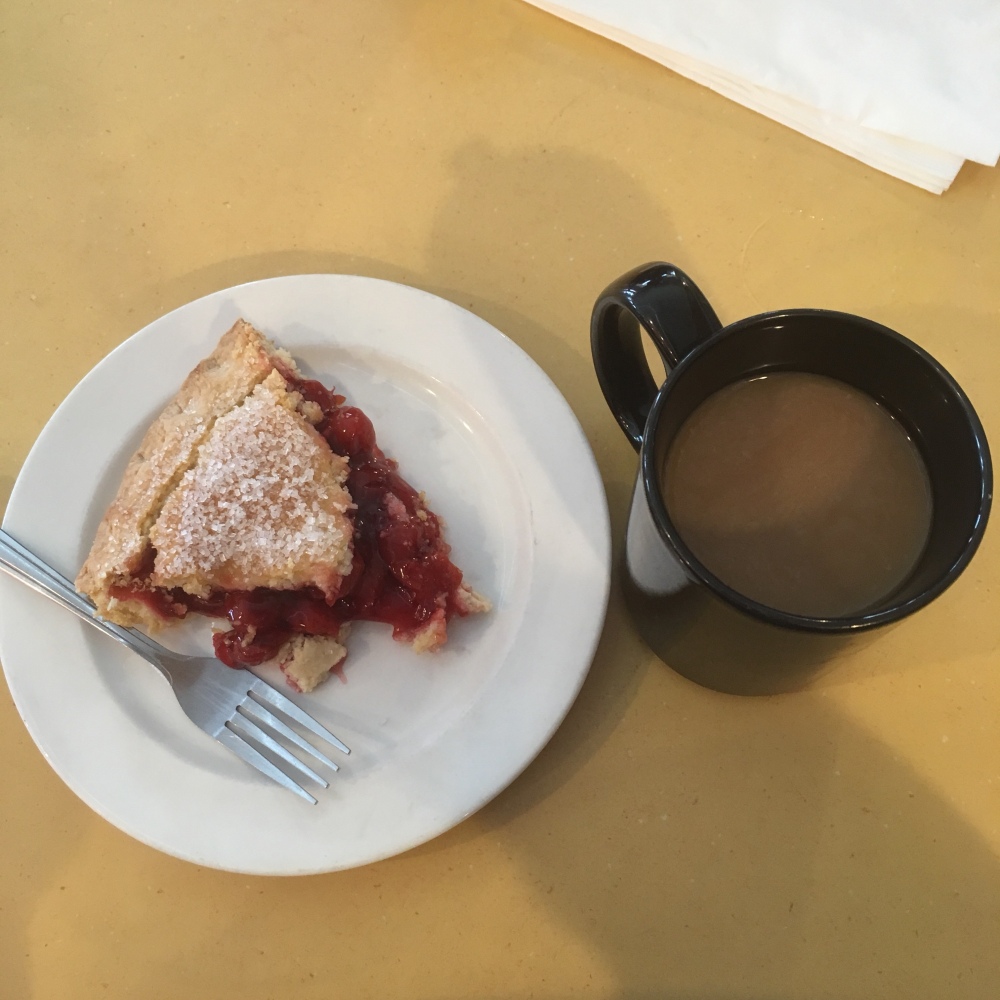 We drove a few blocks to a park to sit on Carl’s bench and look at the trees. I didn’t let my four-year-old run a few steps ahead of me for this one- not even for the picture.

We found the location for the Twin Peaks sign- a sign which has been put up and taken down and put up again and taken down again because of vandalism. We drove up to the spot from the other direction and when we got out of the car, we weren’t sure we were in the right place- but it became very clear when we turned around…

We stopped and listened to the wind in the trees.

Next up was Ronette’s bridge. The train tracks had been paved over. 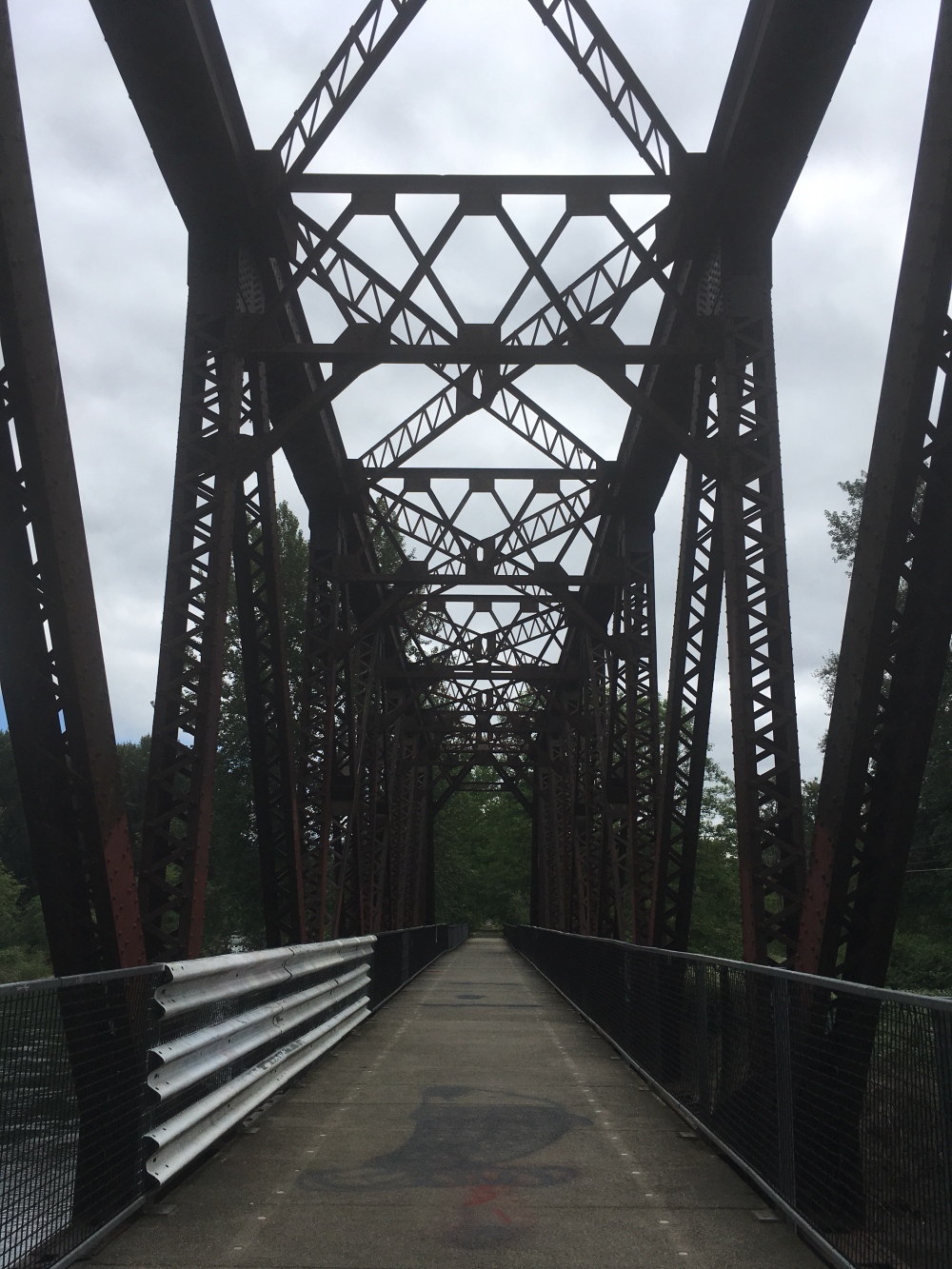 And then it was on to the Great Northern:

…which was the Salish Lodge at Snoqualmie Falls. Maybe someday we can afford to drink Pursued by Bear wine from one of their rooms- not this time though.